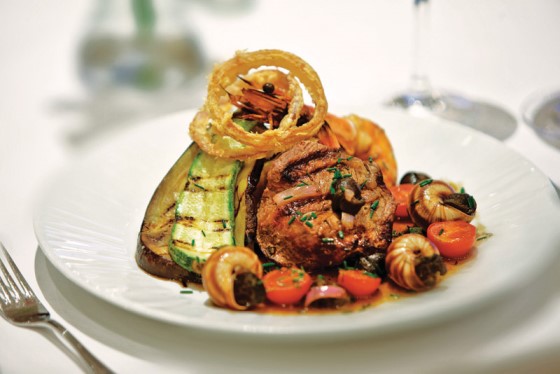 07 Oct A journey to its flavours

Posted at 09:15h in Food, Holidays by rodiangallery
0 Likes 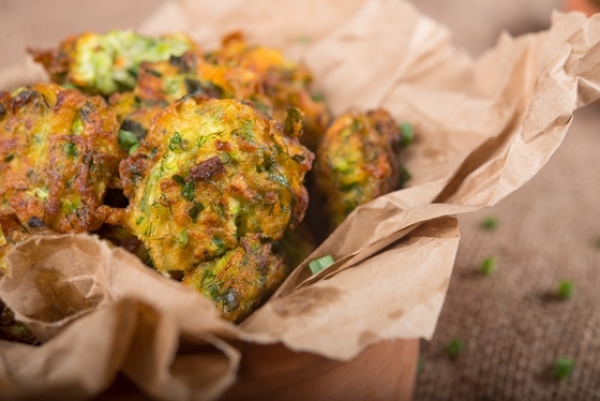 Rhodes Island is one of the most renown and beloved destinations during spring or summer. Fine cuisine lovers from around the world have the chance to savour local dishes which combine tradition and modern trends in gastronomy. The Island’s recipes have been formed and altered through centuries of eastern and western conquests and invaders. Ottoman, Venetians, Franks and Italians have marked Rhodes cuisine. Multiple elements from a crossroad of cultures and neighbouring continents such as Asia, Africa and Europe, have influenced the Island’s cuisine which preserved the Mediterranean identity.

Rhodes’ cuisine always had a rich variety in flavours. Basic ingredients used in the island’s recipes are wheat and olives thanks to the land’s fertile grounds which facilitate cultivation. Delicious meat, fresh fish andseafood based dishes, as well as a wide variety of desserts made with cereals, olive oil, nuts, fruits, honey and herbs, compose the uniqueness of Rhodes’ cuisine. 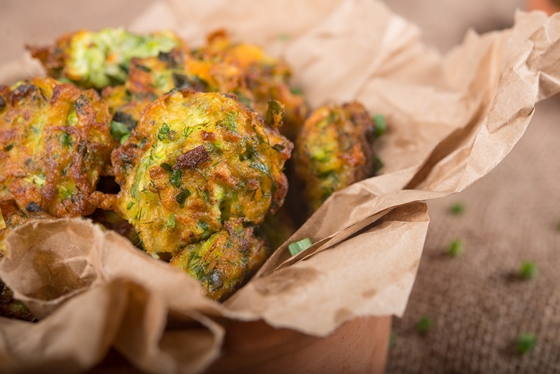 While visiting the Island of Rhodes don’t miss the chance to savour their local traditional dishes! Nibble on their delicious appetizers such as pitaroudia (fried chickpea-balls with chopped mint, onions and tomato), zucchini-balls and stuffed cyclamen leaves with lentils.

As for the main dishes, it is definitely worth savouring the stew made with wild greens (known as vlita) and purslane, stuffed vegetables (tomatoes, peppers, zucchinis, and courgette flowers), oven baked kolokoudi(pumpkin), green-red pole beans, with tomato and pepper, karavolous (snails cooked in tomato sauce with onions and cumin or oatmeal), meat and vegetable entrada, goat cooked in a narrow, tall, ceramic pot (called pydiako), chicken with gruel, spetzofai (baked sausages with peppers and onions), hen with loukoumi (a type of pasta) and goat meat with lopia (a dry bean or chickpea). Amarangoi is a loved dish by locals on Rhodes, which is boiled with vinegar daisy’s shoots served with skordalia (puree made with crushed garlic and potatoes/bread).

Rhodes Island also produces a number of exceptional cheese varieties (from soft to hard) particularly in the mountainous villages. 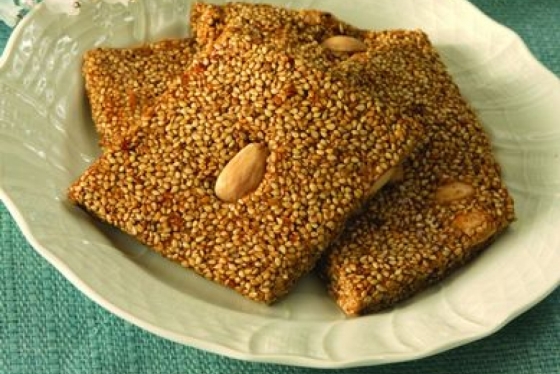 The cyclamens known as kamilakia in Rhodes have a special and unique place in the local cuisine. The delicious dolmades dish is made out of blanched cyclamens’ tender leaves, stuffed with rice and cooked in a pot where they finally pour a mixture of eggs and lemon juice (known as avgolemono).

A mouthwatering spoon sweet, the only one made out of cyclamen’s bulbs, is produced on the island; the bulbs are peeled and scraped, boiled to take the bitterness away and sugar and nutmeg is finally added.

Sweets from Rhodes are famous. The traditional sweet melekouni is served on special events such as engagements, baptisms, weddings, namedays and birthdays. It has a soft honeyish texture with orange peel, cinnamon and nutmeg flavours. In older days, instead of wedding invitations they used to send out a small diamond shapes melekouni.

Try mantinades (a small fried thin piece of dough which is soaked in honey, rose water and sprinkled with crushed almonds), moschopougkia (a sweet served on joyful occasions, filled with nuts, dry bread andspices), tachinopita (little baked pies, smeared with a paste mixture of sesame, sugar, cinnamon and clove and rolled into a cylindrical form), and last but not least the paste of kaisi; this is an apricot paste, made by the whole fruit or by its peel, served as a spoon sweet. 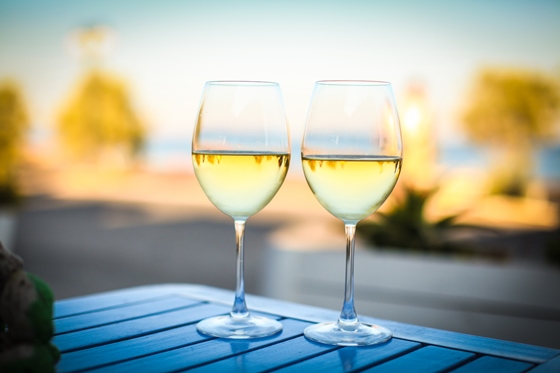 Rhodes delicious dishes are served with savoury local wines from the island’s wineries which keep their long lasting tradition that dates back to antiquity. The wineries produce excellent wine and have been internationally awarded.
The Vineyards of Rhodes benefit from the sunshine and the frequent rainfall as well as the cool sea breeze from May to September. Winemakers have improved the local varieties and implemented the growth of some foreign varieties. Taste the white Moschato varietal renown from ancient times, the Athiri and Mandilaria(known as Amorgiano on the island), the Moschato Trani and Asyrtiko.

Finally, don’t forget to try the local Souma drink. It is produced in the village Embonas in the end of September. The grapes are removed from the stem, pressed to extract their juice which is then boiled in large cauldrons and poured into barrels that are placed in a cool place. Souma is best served cold.